BRSC says one of its commanders killed in Ganfouda siege 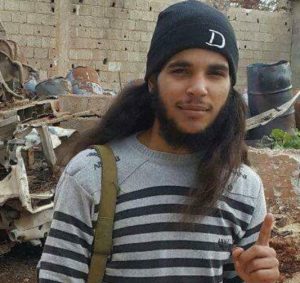 A senior  militant has been killed in the siege of Ganfouda, the Benghazi Revolutionaries’ Shoura Council (BRSC) has admitted.

Younis Al-Louhaishi, a field commanderm died in an airforce strike on the remaining positions in the “12 Buildings” complex, said the BRSC in a social media post today.

Libyan National Army jets and helicopter gunships continue to pound the apartment blocks where BRSC fighters are holed up alongside terrorists from IS and Ansar Al-Sharia.

Their continued resistance is a rising embarrassment for LNA commanders, one of whom announced four weeks ago that Ganfouda was entirely in the army’s hands.

There appears to have been some disagreement as to how to tackle the “12 Buildings” siege. Perhaps sensitive to concerns of the likes of UNSMIL at the fate of civilians believed still to be with the militants, it had been indicated that the terrorists would be starved out. Yet the fighting has gone on with two more severely damaged apartment blocks reportedly being overrun yesterday by the LNA. This means the militants are now holding just six. But that fighting cost the army three more dead and an unknown number of wounded.

Meanwhile, today has been the second during which LNA artillery and rockets have been hitting the downtown terrorist enclaves of Suq Al-Hout and Sabri.

Last Friday the BRSC celebrated the six anniversary of the Revolution by putting out a video from Suq Al-Hout shot in the district’s Tahrir Square. In this a spokesman vowed, at some length, to fight to the death. There was no sign of any Ansar or IS banners.  One army source says these two terrorist groups are still in control of the larger Sabri district.