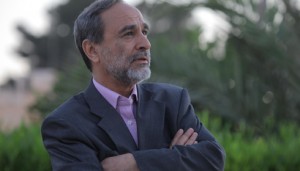 The State Council (SC) has condemned the Presidency Council’s (PC) suspension of defence minister Mahmoud Barghati without waiting for the result of the enquiry it has ordered into the Brak Al-Shatti massacre.

It said that the PC had acted in an irresponsible rush. It added that the action against Barghati chimed with the “demands of parties rejecting the political agreement and its media campaigns financed by regional countries”.  Its statement, put out yesterday, continued that these parties wished to abort or completely destroy the process of national reconciliation.

The SC then launched a wider attack of Faiez Serraj and the PC saying it was unable to provide basic services to citizens but was preoccupied with the appointment of administrators for investment and financial institutions, an apparent reference to the management of the Libyan Investment Authority and the Central Bank of Libya.

It condemned the PC’s “unjustified failure to issue decisions regarding the leadership positions of the military establishment stipulated in the political agreement”. However, it can be agued that the PC does not yet have that power.  The transfer of ultimate authority over the armed forces from the House of Representatives (HoR) to the PC is the key dispute that has stopped parliament from voting on the Libyan Political Agreement (LPA).  It could equally be maintained that until the LPA is signed off by the HoR, the State Council itself lacks legal standing.

The SC also accused Serraj of not being committed to the text and spirit of the political agreement. It cited Mohamed Siala whose has chosen not to return to Tripoli since his reference in Tunis to Khalifa Hafter as commander of the Libyan army.  Serraj, said the Siala had since gone with Siala on foreign visits “despite the irregularities and abuses that have caused serious damage to national accord”, a reference to the uproar in the west caused by Siala’s Hafter comment.

It said it was astonished that Siala was still in post and that Serraj had taken no action against him.