The Appeals Court in Tripoli has delivered a final ruling on which is the legitimate management of the Libyan Post and Telecommunications Information Company (LPTIC). It has ruled in favour of LPTIC chairman Faisal Gergab and his management team as the sole legitimate representatives of LPTIC.

The ruling is final and cannot be appealed. Gergab is recognized by the internationally-recognized Faiez Serraj-led Presidency Council and its Government of National Accord (PC/GNA).

The ruling should in theory give effective control to Gergab and his management team on the holding company’s subsidiaries, including the LPTIC’s main Tripoli HQ in Zawia street which it had lost during the 2014 militia Tripoli coup against the democratic election results and the resultant parliament – the House of Representatives.

It will be interesting to see if Gergab and the PC/GNA are able to enforce this court ruling. It will be revealing of the extent of the new balance of power in Tripoli after recent militia battles tilted the balance of power in the capital in favour of those ”aligned” with Serraj and his PC/GNA. 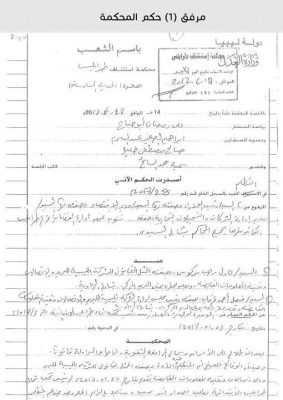 It also reported that the Presidency Council itself ‘‘has been divided over the organization of and appointments in key institutions. ‘‘For example, Ahmed Maetig has repeatedly advocated removing Faisel Gergab from the Libyan Post, Telecommunication and Information Technology Company. In addition, in those cases where the Presidency Council did reach a decision, the decision has been further contested externally and the Council mandate questioned’’. 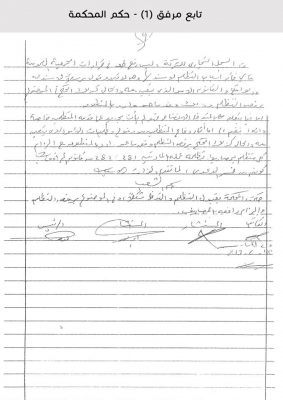 ‘‘The Libyan Post, Telecommunication and Information Technology Company is another key strategic Libyan institution at risk of duplication and misappropriation of funds. It represents a total value of over $20 billion, $7 billion of which constitute cash assets in banks in Tripoli’’, the report had stated.

‘‘The control over the Company lies mainly with its 2013 management, which has operated from Bayda and Malta since August 2014. That management, headed by the Chair, Faisel Gergab, is also recognized by the Presidency Council and can travel relatively freely throughout the country, including Tripoli’’, the UN report had explained.

‘‘Nevertheless, its authority has been challenged in both the east and the west, and not all subsidiaries respond to it. Furthermore, it has no access to the head office in Tripoli’’.

‘‘Both Al-Shibani and his replacement, Adel Markows, respond to the former Minister of Telecommunication of the National Salvation Government, Sami al-Fantazi, who is a commander of an armed group, the National Mobile Force’’.

‘‘Al-Fantazi remains in charge of the Ministry of Telecommunication, and his forces control the Company’s head office on Zawia Street’’.

‘‘The Al-Thinni Government has also attempted to strengthen its control over the corporate governance structure of the Company, similar to its actions regarding the Libyan Investment Authority. It appears, however, that these attempts were unsuccessful’’, concluded the UN report.