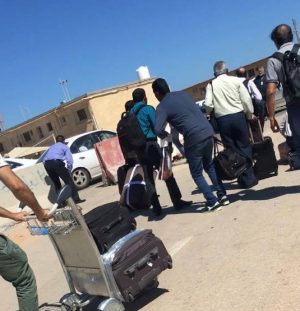 Tripoli’s Mitiga airport closed by fighting among militiamen this morning has now reopened.

The RADA Special Deterrence Force said its men had arrived and that they had arrested “most of the criminals” who were behind the security breaches, which caused passengers at the airport to take cover.

Aircraft movements have resumed with an Afriqiyah flight from Labraq landing this evening and the airline also sending off two delayed Airbus A320s to Tobruk.