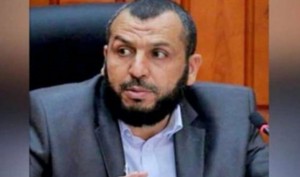 Sabratha’s mayor Hassen Dhawadi has said that his town is fed up with the activities of people-smugglers launching migrants from neighbourhood beaches and is clamping down by mounting armed patrols.

In an interview of Sabratha FM Radio Dhawad said  an armed group had been deployed by the “Operations Room Fighting IS” under its commander Omar Abdul Jalil. The exercise to interdict the human-traffickers had been mounted, said the mayor, with the agreement of local tribes and was being coordinated by his municipality and local security forces. Another source, quoted by Reuters who first broke the story, said the unit was known as Brigade 48.

However, Libyan political analyst Mohamed Al-Muntasser is reported to have claimed that the new armed group calls itself the Sabratha branch of the National Guard. The Libyan National Guard is the name given to the force assembled by former Libya Dawn premier Khalifa Ghwell set up this February.

There are reports that the armed group, whatever its name, is seeking financial support from the Presidency Council (PC) in Tripoli. Reuters said it had been told that several hundred civilians, police and military patrolling the beaches to stop migrant boats leaving for Europe.

Migrants who are intercepted are apparently being taken to a camp outside the town. The mayor gave no numbers for those detained there, though there are said to be several hundred. Nor is it clear if the anti-smuggling group is also arresting people-traffickers.

What is clear that there was a sharp drop in migrant departures last month with the flow of arrivals in Italy halved over July 2016. The Italian authorities are reporting that so far this month the figure is even lower than last year.

According to the International Organisation for Migration (IOM), which interviewed migrants who arrived in Sicily on Saturday, the situation has changed in Sabratha. Some migrants said it was harder to leave and that people are stopping the boats before they depart. That being said, IOM Libya reported today that 102 migrants, 95 men and seven women, were rescued by the Libyan coastguard yesterday off the coast of Sabratha. So, it seems traffickers are still trying their luck in the area.

It appears however that human traffickers have generally been avoiding Sabratha since the crackdown and have instead been funnelling migrants through Khoms, some 120 kilometres east of Tripoli.

Mayor Dhawad’s decision to take on the people-smugglers is interesting. This March, as the town ran short of petrol and diesel, he said was giving up trying to control fuel smugglers and appealed to the PC for support to stop the racket.