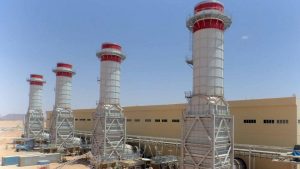 Obari power station from which foreign staff are said to have been evacuated (Photo: ENKA)

There are unconfirmed reports that seven German engineers have been flown home from Obari power station after four other foreign workers were kidnapped yesterday.

Meanwhile there it is understood that the kidnappers and their captives, three Turks and a German, may have been traced the Ghat where it is being said security forces are currently besieging a building in the town.

Seven German engineers are said to have flown from Obari airport to Tripoli’s Mitiga today and then on back to Germany. The Obari power station’s main contractor, ENKA of Turkey, this January made it a condition of its return to complete the project, that for security reasons, there would be regular scheduled flights between Obari and Tripoli.