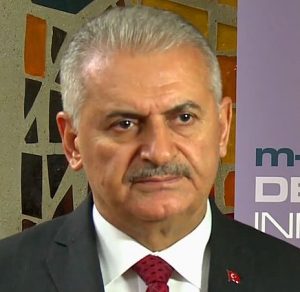 Turkey has told Libya that its expects its three nationals abducted from Obari on Friday to be found “as soon as possible”.

In a phone call to Presidency Council (PC) head Faiez Serraj, Turkish prime minister Binali Yildirim pressed the Libyan leader to get on with tracing and liberating the three men. They were seized, along with a German engineer and their driver and security detail on the road between Obari airport and the town’s new power station, where they were due to be working.

Serraj assured the Turkish premier that he would do everything possible to rescue the men, according to a statement put out by Ankara.

The four foreigners were reported yesterday to have been traced to Ghat, where a house had been surrounded. However, there has been no confirmation of this today.

It is understood that as a direct consequence of the seizure of the four men, Siemens which is working alongside the Turkish firm ENKA in the completion of the new four-turbine 640MW Obari power station, evacuated seven of its employees from Libya yesterday.