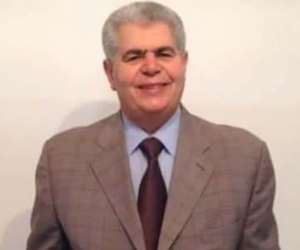 The House of Representatives (HoR) has elected Mohamed Al-Shukri as the new governor of the Central Bank of Libya to replace Saddek Elkabir. Shukri, from Khoms, received 54 votes. Beida-based acting CBL governor Ali Hebri was humiliated taking only three of the 107 votes.

Ahmed Rajab was given 38 votes, Abdul Hameed Sheikhi nine and there were 3 abstentions.

So far there has been no reaction from the Presidency Council or its government.

The process to replace Elkabir started earlier this year and the three of the four candidates made their presentations to the HoR back in April.

Shukri is a former director of the Jumhouria Bank. With over 30 years of banking experience, Shukri was also previously a deputy vice governor of the CBL.

“He is very much a bureaucrat. He will follow the rules, he will follow the law,” said one former Libya-based banker. “He was the best of those who were on offer and he knows the banking sector well,” the banker said, adding that Shukri was far better than Ali Hibri.

“I don’t think he will be a brilliant governor but he will do the job reasonably well,” the banker predicted, but doubted whether Shukri would be a man of vision.

The HoR session had been interrupted after protestors outside called for a transfer of power to Khalifa Hafter. They wanted to stop it, claiming that the mandate of the HoR had expired with the supposed end of the Libyan Political Agreement on 17 December. They also accused the HoR of wasting time and contributing to the shortages of food, money and gas.