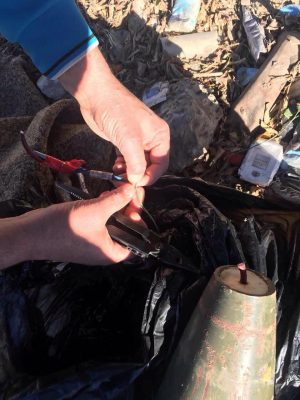 The Rada Special Deterrence Force has confirmed to Libya Herald that it had arrested suspected members of the so-called Islamic State (IS) after two failed car bomb attempts in Tripoli’s industrial district.

Spokesman Ahmed Ben Salem told this publication that the men had been wanted and had been tracked by Rada following the unsuccessful detonation attempts.

“The first time the first battery was not working. They changed it, but the bomb did not go off again either,” he said, explaining the reason for the failed detonations.

The two men gave their names as Mohamed Abdullah Balah, born in 1997, and Siraj Khalifa Al-Jahawi, born in 1992, in an apparent confession video released by Rada.

Ben Salem said the men had arrived in Tripoli from the desert regions near to Sebha having taken their orders from there. It has often been claimed that remnants of IS inhabit the sparsely populated southern area. 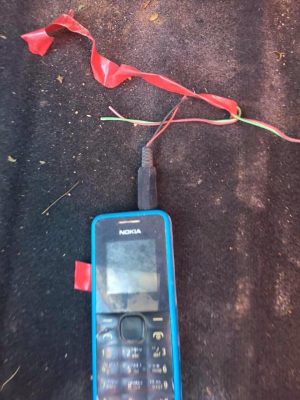 The mobile phone battery did not work and failed to set off the bomb (Photo: Abusleem Deterrence and Rapid Intervention Force).

Furthermore, Ben Salem said the accused men had previously fought alongside militants in Benghazi’s Sabri but fled when an offensive was launched on the district.

The bombs had been deactivated by the Busleem Deterence and Rapid Intervention Force.

Rada has often been at the forefront of attempts to clampdown on IS, but has also focused its efforts on drug dealers and criminality. It was Rada who arrested the brother and father of the Manchester bomber Salman Abedi in May.

But Rada has also come in for criticism for some of its arrests which are seen as no more than illegal detentions reflecting their personal Salafist interpretation of Islam. It was recently widely criticised for arresting the young organizers of the Comic Con event in Tripoli. Rada was forced to release all of them after it failed to persuade the Prosecutor General to bring any charges against them.