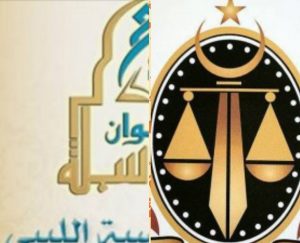 The Audit Bureau and Attorney General’s Office are to investigate the delay and opening of LCs.

A consultative meeting was held in Tripoli on Monday between the Audit Bureau and the Attorney General’s Office aimed at initiating joint action between the two to identify the causes of the irregular implementation of documentary credits.

The two state entities want to understand why were letters of credit (LCs) approved by the Presidency Council Ministry of the Economy being delayed and the ‘‘consequent crisis of commodity scarcity and their prices’’.

It was agreed that this cooperation between the investigative authority and the supervisory authority would research and investigate the causes and effect on the standard of living crisis, the effect on the inflated foreign exchange rates, and the liquidity scarcity.

Paradoxically, the move by the Audit Bureau and the Attorney General’s Office to investigate the delay in the opening of LCs comes on the back of a call by the Audit Bureau at the end of March for the Faiez Serraj Presidency Council (PC) to freeze its decision in March approving US$ 1.5 bn in Cash-Against-Document (CAD) import facilities. The Audit Bureau wanted more time to investigate the details of how these CAD approvals were reached and into what it referred to as corrupt-looking procedures.

The Audit Bureau went on to say that it was unhappy with the transparency of the approval process and with the short period of time given to companies to present their offers. It felt that in view of the fact that many companies had offers ready for approval suggested that the whole process was rigged and directed at specific companies.

Conversely, the Audit Bureau called upon the Central Bank of Libya to speed up the opening of delayed LCs for essential goods.

The PC view is that it was attempting to process import facilities for essential foodstuffs so that they could arrive in Libya in time for the fasting month of Ramadan (which starts in mid-May this year). Much like the Christmas period, Ramadan is a peak demand and consumption month for foodstuffs and if there is a shortage of supply prices tend to rise.

However, it seems that every year the opening of LCs to import essential provisions in time for Ramadan is delayed. Many members of the public and now it seems the Audit Bureau and Attorney General’s Office suspect that this might be a premeditated annual act by corrupt parties. It will be recalled that the late decision to approve hard currency in the form of Letters of Credit (LCs) or CADs was also criticized last year and the year before.

In April 2017 the head of the Tripoli-based Libyan Businessmen Council, Abdalla Fellah, the only Libyan business council recognized under existing Libyan law, had condemned the Central Bank of Libya for hurriedly opening documentary letters of credit.

Fellah was reacting to the announcement by the designated GNA announced that it had approved a total of US $ 10.9 in the form of LCs and Cash-Against-Documents credit facilities.