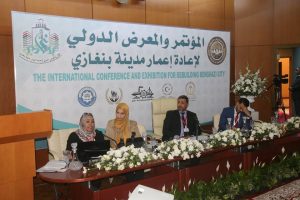 The International Conference for the Reconstruction of Benghazi and its accompanying exhibition started on Saturday at Benghazi’s Tibesti Hotel. Organizers say representatives of 18 different states took part. 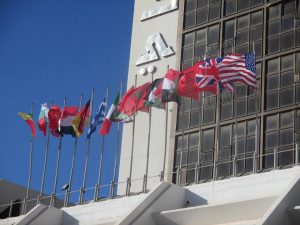 Flags representing the nationality of participants at the Benghazi conference held at the city’s Tibesti hotel, organizers report (Photo: The Benghazi Rebuild conference)

“The conference has seen the submission of more than 80 working papers,” said the chair of the conference’s Organizing Committee, HoR member Aisha Al-Tabulgi. She noted that in his presentation, former eastern CBL Governor Hibri, said that the Benghazi Investment Fund, created by the HoR, would be of the value of US$ 10 bn. She stressed the need for the reform and amendment of Libya’s investment laws to make investment more attractive to local and international investors. 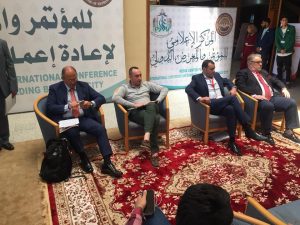 HoR member Tabulgi also said that the terrorist bombings of the High National Electoral Commission headquarters in Tripoli had caused some confusion and disrupted to the journeys of some participants and led to some trip cancellations.

The conference will continue until the 10th May, while the international exhibition section of the event has been postponed until October to accommodate the largest number of countries wishing to participate, organizers said.

Rebuilding Benghazi could cost up to LD 10 billion