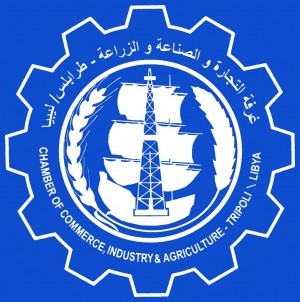 After more than five months since its election, the new leadership of the Tripoli Chamber of Commerce has announced a raft of measures to reactivate its role in Libya’s economic policymaking.

The Chamber’s new Management Committee has been meeting since January to conduct a number of internal changes necessary to rehabilitate its role in reforming Libya’s inherited and ailing socialist economy.

The Tripoli Chamber is the most influential Libyan chamber of commerce in the commercial, industrial, and agricultural field due to the fact that it represents the highest number of members – numbering about 55,000 members. It will be recalled that membership in local chambers of commerce is obligatory, being a prerequisite for the issuing of a trade licence.

The Chamber’s meetings have yielded tangible results, beginning with the restructuring of the internal management of the Chamber, as well as the formation of several committees in order to activate and develop the performance and services to members.

1-The Training and Rehabilitation Committee, which aims to formulate policies to reduce unemployment rates, coordinate with the relevant authorities in this regard, and cooperate with them in order to create jobs for those seeking employment.

2-The Economic Committee will focus on taking the necessary practical measures to develop the work of the Chamber’s departments to provide the best services to its members. There will especially be focus on electronic services that allow members to complete procedures and extract necessary documents for their activities remotely both domestically and abroad.

3-The Relations and Media Committee is responsible for activating the Chamber’s media aspect in order to introduce national industries to global markets. It also aims to publicize national companies and their role in the national economic system. Internationally, it aims to achieve effective communication between chamber members and their counterparts in chambers of commerce in other countries, to facilitate cooperation among them in order to expand cooperation to allow the opening of new economic markets around the world.

In this context, and as reported on by Libya Herald, this Committee played a pivotal and effective role in resolving the crisis of the goods-laden trucks stranded at the Tunisian border as a result of the anti-Coronavirus measures in March.

4-Crisis Committee: In response to emergency developments, on 22 March, a crisis committee was formed to deal with the repercussions of the Coronavirus pandemic. The committee cooperated effectively with several other entities in the same framework, including the Crisis Committee of the Municipality of Tripoli Central. It focused on the printing and distribution of many guidance and awareness posters, in addition to providing material support to some entities to provide preventative tools such as masks, disinfectants and other preventative.

It is noteworthy that the Management Committee of the Chamber was officially confirmed on the 30 December by decree (537/19) of the Minister of Economy of the internationally recognized Libyan government in Tripoli.

The Chamber’s new Management Committee is as follows: