HoR meeting in Tangiers agree to meet in Ghadames, extend talks to Saturday 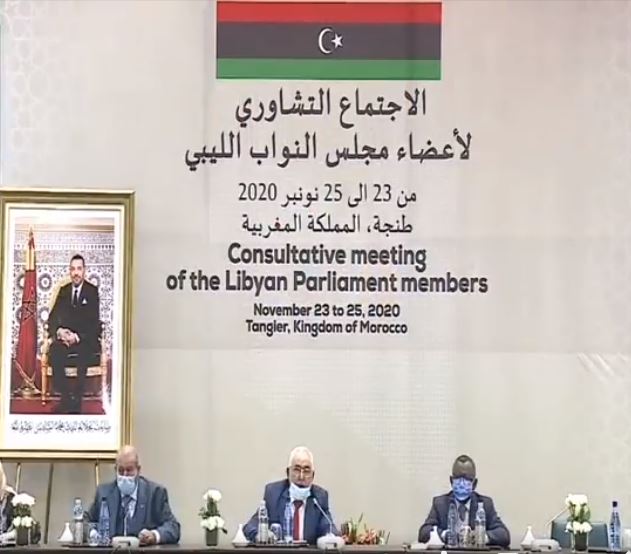 The HoR Tangiers consultative meeting is to meet in Ghadames, Libya next week (Photo: HoR).

Members of the split Libyan Parliament, the House of Representatives (HoR), meeting in Tangiers agreed yesterday to hold a unified session in Ghadames, Libya, next week.

It will be recalled that the moribund HoR had split during the Khalifa Hafter-led war on Tripoli (April 2019-June 2019) into the internationally recognized eastern caucus and a breakaway Tripoli-based faction.

Neither set of members feels safe enough from local militias to travel to a unified meeting in an area controlled by the other side. Ghadames is seen as relatively neutral and safe. Earlier this month it was the venue of the UNSMIL brokered 5+5 Joint Military Commission.

The unified meeting in Tangiers is an attempt to reunify the HoR especially as they feel that the UNSMIL-brokered Libyan Political Dialogue Forum (LPDF) has made them even more irrelevant.