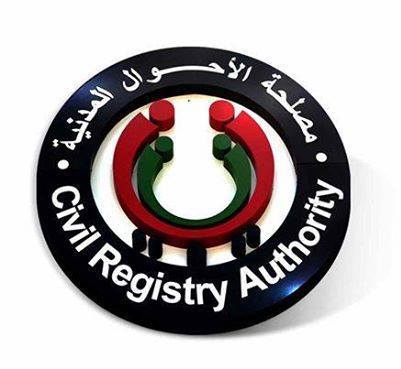 Mohamed Bettamer, the head of Libya’s Civil Registry Authority (CRA), has called for Libya’s planned 2021 elections to be held after his authority had ‘‘cleaned’’ its database.

Bettamer offered his advice during an interview on a Libyan satellite TV channel last Friday (11 December). The CRA is the entity that holds Libya’s database of births, deaths and marriages.

Its database is used as the bases for issuing the country’s National ID Number which in turn enables Libyans to obtain a Libyan nationality, passport, ID card, driving licence, bank account, hard currency at the preferential official rate, a state-sector salary, register to vote for local and national elections etc.

The head of the CRA admitted that there were many more errors in the CRA database when he took up office and that there are still errors today, but he said they were exaggerated He would not offer an estimated figure but said that they are nowhere near the one million fake National ID Numbers alleged.

Cleaning the database through Project Intilaqa

However, Bettamer said the best way to ‘‘clean up’’ the database is to implement the CRA’s Intilaqa project which aims to manually compare the CRA’s paper records with its electronic records.

Intilaqa is awaiting funds from Libya’s Tripoli government to start its work.

Bettamer said irrespective of receiving funds for Intilaqa, the CRA has been working for a year on a new improved system which will improve the accuracy of its database.

Despite these errors, Bettamer said the CRA and its database was ready to act as the bases for holding elections or for the disbursement of the Hard Currency Family Allowance

With the reunification of the Central Bank of Libya Board of Directors on 7 and 16 December and the restart of the disbursement of the Hard Currency Family Allowance, Bettamer confirmed that the CRA and CBL had overcome their public spat and are now working closely together.

He said the two had formed a Joint Committee which has reduced database errors greatly. The CBL had complained that the CRA database was inaccurate and had created its own database and linked it to an operating mobile phone number.

There had been claims post 2012 that the database was the subject of corruption when the CRA was split and there was an attempt to politicize it.

As a result, the CRA brought in consultants Tatweer who with the help of PWC launched project Intilaqa to ‘‘clean’’ the database, by returning to the paper-based records. Bettamer is now confident that the database is much more accurate than when he had received it.

Bettamer pointed out that the CRA has remained united since 2017 and denied that since 2017 it has come under any political pressure from either side of the political divide.

The head of the CRA, who hails from Benghazi but heads his entity from Tripoli said he has visited many different CRA local branches all over the country and across the political divide.

He denied that the CRA has issued National ID Numbers to foreigners or mercenaries.