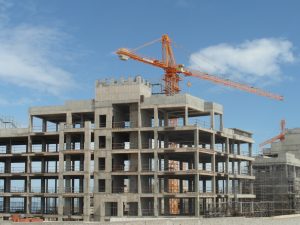 The Housing and Infrastructure Board (HIB), one of the Libyan state’s housing implementation arms, has prepared a report on freeing up 17,000 stalled housing projects for possible Public Private Partnership (PPP) investment.

The incomplete projects are stalled due to the inability of their foreign implementers to continue due to the lack of security in Libya and due to the Libyan state’s inability to finance them.

The HIB said the housing projects are spread across seven areas including Janzur, Sidi Sayeh, Garabuli and Misrata.

The report is seen as the initiation of serious thinking in changing the course of public housing into investment housing (PPP) according to the methods applied in various countries of the world, the HIB said.

It will be recalled that Libya has about 300,000 housing units spread across the country that have been stalled since the country’s 2011 revolution that overthrew the Qaddafi regime. The biggest of these is the 20,000-housing unit project in Ganfuda, Benghazi contracted to Chinese company CSCEC.

Since 2011, there has been numerous attempts by Libya to restart its stalled projects, but the lack of security and payment has prevented this.

In 2013 CSCEC signed an agreement with Libya to resume its ‘‘20,000 housing project’’ after a hault of more than two years. However, due to lack of security and payment, the restart never materialized.

‘‘The deal, in which the thorny issue of compensation is addressed by granting additional contracts, is seen as opening the door to completing numerous other housing and infrastructure projects with Chinese and foreign companies.’’

Payment, rather than security is seen as barrier to return of foreign companies to Libya | (libyaherald.com)