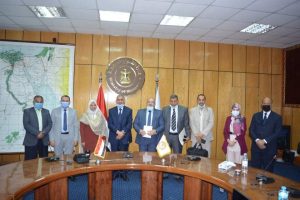 The Libyan and Egyptian Labour Ministries discussed a mechanism for implementing an electronic system to organize and control the entry of Egyptian workers into Libya, Libya’s Labour Ministry announced yesterday.

Yesterday’s revelation came on the back of the visit of a high-level Libyan delegation to Egypt with its Ministry of Manpower last Thursday (11 March).

The Ministry said the two sides expressed their desire and readiness to put in place such an electronic mechanism and proposed at the meeting the formation of a joint committee to follow up on the system, and a joint technical committee to implement the electronic system.

It is expected that once Libya stabilises politically and security is established 1-2 million Egyptian workers could end up working in Libya.