After 8,067 truckloads of rubbish, Bu Sleem temporary landfill still not empty – a clear case for recycling 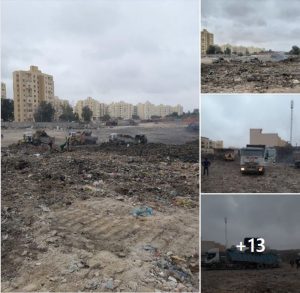 The state General Services Company announced yesterday that it has, up to yesterday, emptied 8,067 truckloads of rubbish from the temporary Bu Sleem landfill, without completing the clearance programme.

The Bu Sleem landfill site was used as a temporary site during the war on Tripoli (between 4 April 2019 and 6 June 2020) as the permanent site in Sidi Sayeh (30 km south of Tripoli) was in a war zone and later in the area under the control of Khalifa Hafter’s forces.

The temporary Bu Sleem landfill site is located in the middle of a residential area in the Bu Sleem Municipality. It is a clear health hazard with smoke from burning waste, dust and the foul smell an unacceptable environmental hazard.

The issue of the Bu Sleem landfill is a clear case for the implementation of waste recycling in Libya.