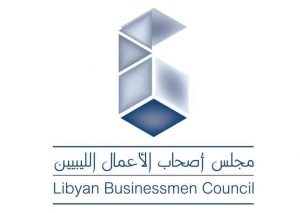 The Libyan Business Council (LBC) reported yesterday that it had co-organized a second session on improving Libya’s business environment.

The session was held yesterday at the Radisson Blue Mahari Hotel in Tripoli, in cooperation with the Pragma Foundation and with the support of the US Agency for International Development (USAID).

The session on improving the Libyan business environment comes within the framework of the Business Empowerment Environment component of the Public Finance Management (PFM) project funded by the USAID. The U.S. Pragma Corporation, through USAID, is responsible for implementing Libya’s PFM reform.

This session, the LBC reported, was attended by the Economic Salon, the Business Women Organization in Libya and the Decision Support Centre, in addition to a number of business owners and representatives of the USAID.

The LBC reported that the session focused on:

The LBC reported that the session concluded by deciding what are the reasons behind the lack of activation of the current laws and legislation, including the provisions of Commercial Law No. 23 and the Foreign Investment laws, and the failure to develop banking systems.

It also reported that the session reached several results that will be published in the coming period and that a questionnaire on the current economic situation in Libya will also be circulated to businesses.