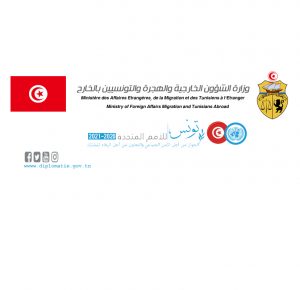 The Ministry of Foreign Affairs, Immigration and Tunisians Abroad categorically denied yesterday the news circulated about the Tunisian authorities preventing several Libyans from entering its territory and confirmed that everything circulated in this regard is baseless.

The statement came on the back of reports that several Libyans were refused entry into the country by Tunisian authorities despite having followed the health protocol.

The Ministry stated that the temporary closure of the borders is part of limiting the spread of the Covid_19 pandemic and preventing the repercussions of the spread of the epidemic, with its various variants, on the health situation in Tunisia and Libya.

It explained that within the framework of the continuous coordination between the two countries, and the strengthening of bilateral cooperation between them, the Tunisian and Libyan scientific committees will hold a meeting to assess the epidemiological situation and prepare a health protocol that responds to the peculiarities of Tunisian-Libyan relations and respects the health conditions necessary to resist and prevent the epidemic.

The ministry stressed that spreading false news targeting the two brotherly countries and peoples cannot in any way affect the level of the historical and solid relations that unite them and the joint desire to raise these ties to a strategic level in response to the aspirations of the two brotherly peoples for stability, development and prosperity.

It will be recalled that Libyan Prime Minister Abd Alhamid Aldabaiba and his accompanying delegation visited Tunisia on 8 September in an effort to end the land and air border closure between the two countries. After his visit, the Libyan government stated that the borders would be reopened this week. They have not been reopened.

The borders were closed unilaterally by Libya as the spread of the Delta/Indian variant of the Coronavirus increased. Libya then announced unilaterally that it was reopening its borders with Tunisia, but Tunisia did not reciprocate.

Meanwhile, during this time a spat broke out between the two countries as to which country was exporting terrorists to which.

Hence, despite the official pronunciations, it is unclear if Tunisia is keeping the borders closed genuinely because of the Coronavirus situation or as a tat-for-tat action.

Due to prevalence of Indian variant, Libya closes borders with Tunisia for a week from midnight yesterday – universities closed until after Eid | (libyaherald.com)

Libya could stop flights and close border with Tunisia if Indian variant Coronavirus cases continue to rise in Tunisia | (libyaherald.com)

Libya to reopen land borders and resume flights with Tunisia as of tomorrow | (libyaherald.com)