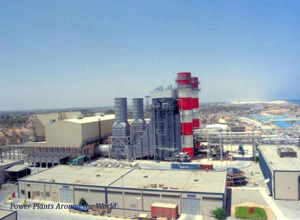 Protestors, believed to be fuel smugglers, have shut down the fuel pipeline feeding GECOL’s power plant in Zawia.

The General Electricity Company of Libya (GECOL) has warned that there could be a total blackout in Libya’s electricity network if today’s blockade of the main fuel pipeline continues. The blockade is believed to be by fuel smugglers.

The warning came in a GECOL written statement published by the GNA’s Media Office.

The statement reveals that ‘‘a number of individuals shut down the main valve of the main natural gas pipeline feeding Zawia power station’’.

‘‘This has led to the loss of a large part of the power generation of this (Zawia) station as a result of having to use liquid fuel. This has increased the generation deficit and the hours of power cuts. It has also led to a total blackout in some areas.’’

GECOL went on to warn that ‘‘if this closure of the gas feeding pipeline continues for more than three days, the power station will cease generating power as a result of the lack of availability of liquid fuel at its storage tanks. This could lead to a total blackout of the whole of Libya’s network’’.

Without naming anyone or any group specifically, GECOL called on ‘‘all to accept responsibility’’ and ‘‘intervene in order to find a solution to the crisis before the occurrence of a catastrophe and before the country enters a total blackout’’.

The shutdown of the pipeline feeding the Zawia power station comes on the background of a concerted media attack by the chairman of the National Oil Corporation (NOC) Mustafa Sanalla, and lately and to a lesser extent, by the Government of National Accord (GNA).

This unprecedented public naming and shaming by an official led to the Nasr brigade withdrawing from the refinery, which the NOC welcomed.

For its part, the GNA followed up the Sanalla initiatives by announcing a series of measures. It warned that the Libyan Coast Guard will stop and seize any fuel-smuggling vessel approaching the Libyan coast without prior authorization.

It will also refer lists of smugglers to the judiciary and it will issue arrest warrants through Interpol. Lists of ships implicated in smuggling will also be referred to international maritime organizations for further action. Ultimately, the GNA warned that it might be forced into closing and declaring a force majeure at fuel smuggling ports.

There have also been unconfirmed reports not far from Zawia of at least two incidents of smugglers’ fuel tanker trucks on their way to the border being shot at or destroyed by vigilante militias. The vigilante militias have declared that they will be mounting an operation against fuel smugglers.

As a result of all this, the fuel smugglers in the city of Zawia are believed to be flexing their muscles in the city, pressurizing various parties in an effort to reverse the actions of Sanalla and the GNA.

There have been various unconfirmed reports of a number of threats and counter measures the smugglers intend to take. These include a threat to close the coastal road to Tripoli. The closure of the fuel pipeline to Zawia power station is believed to be one of their measures..