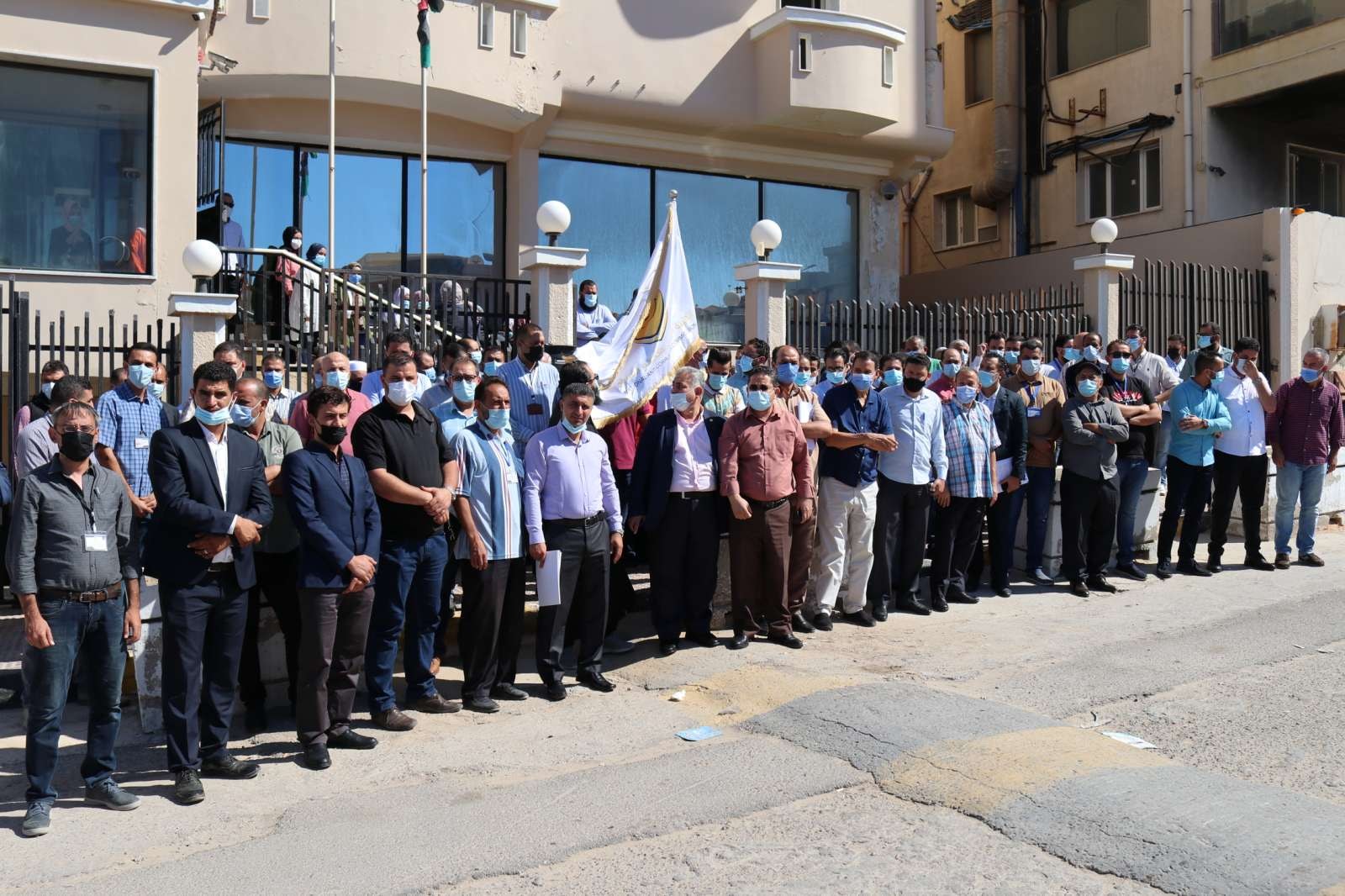 Employees of Libya’s National Anti-Corruption Commission (NACC) held a demonstration in front of their Tripoli headquarters today in protest at the arrest of the entity’s head, Noaman Al-Sheikh, by the Military Prosecutor.

The protestors claim that the NACC is a civilian entity under the authority of the House of Representatives (HoR) and its staff are not arrestable by the Military Prosecutor.

They claimed that such a move will affect the NACC’s operations and effectiveness and called on parliament (HoR) to enforce its authority.

It will be recalled that there is an anti-corruption drive and a spate of arrest warrants have been issued as well as a number of arrests enforced mainly through the civilian Attorney General’s Office, but some also through the Military Prosecutor’s Office.

The anti-corruption drive had been activated by the internationally recognized Libyan prime minister, Faiez Serraj, partly in reaction to a loss of legitimacy and the demonstrations against his government.