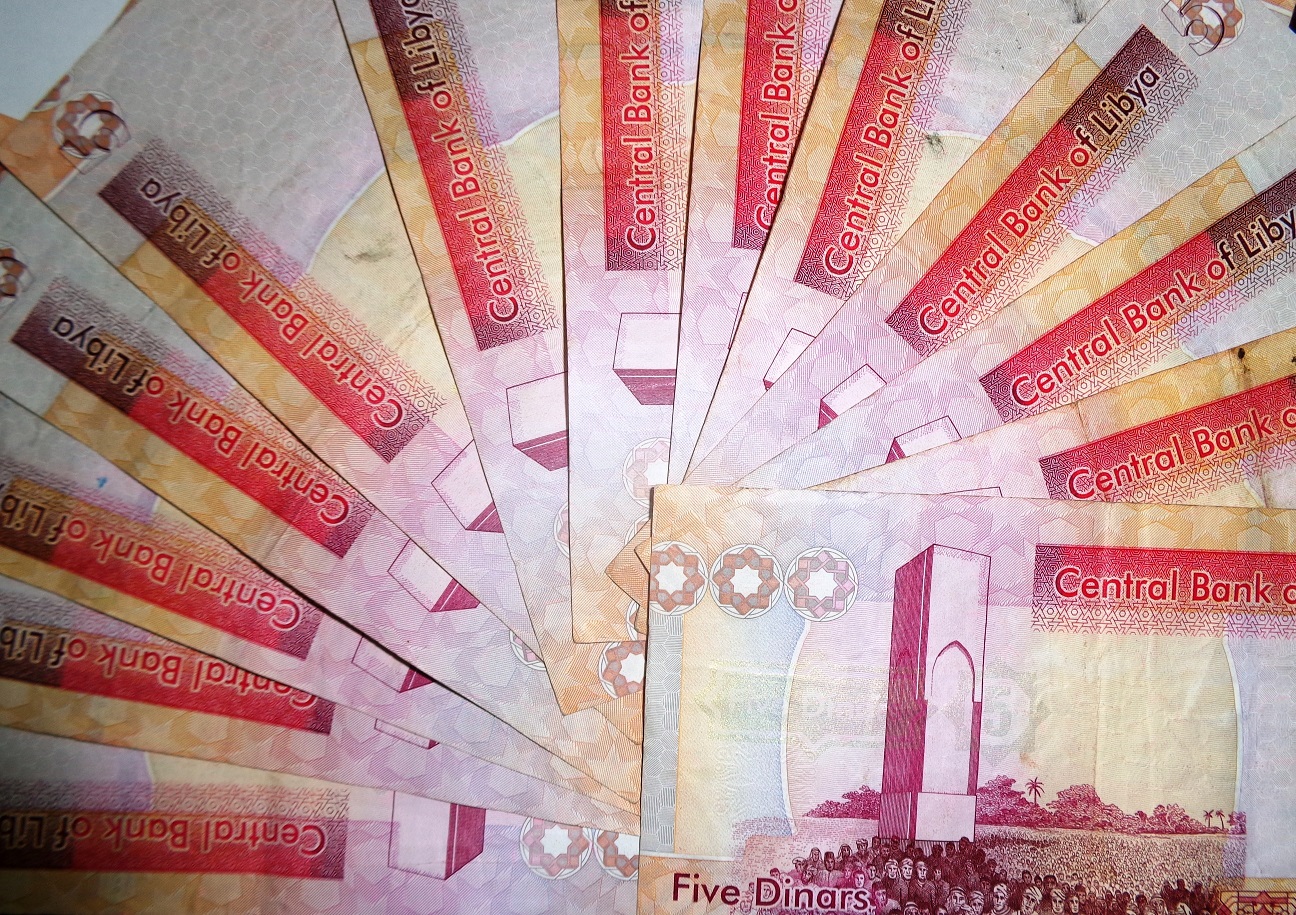 Liquidity and cash withdrawal limits should increase within the next two weeks (Photo: Sami Zaptia).

A member of the Central Bank of Libya’s (CBL) Exchange Rate Adjustment Committee, Misbah Al-Akkari, expects cash availability and withdrawal ceilings to rise in all Libyan banks in the coming days.

Speaking to Libyan media yesterday after local private bank, Aman Bank, announced that it was raising its cash withdrawal limit for customers to LD 10,000 per month, Akkari forecast a noticeable improvement in liquidity within the next ten days to two weeks.

Premium charge for cash to disappear

He also anticipated that the unofficial premium currently being charged for cash as opposed to cheques, would disappear. The premium had reached 20 percent.

That is, if a customer has money in his account and wants to withdraw LD 100,000 out of it, they would write out a cheque for 100,000 but only receive LD 80,000. The LD 20,000 would be the premium for receiving cash. The transaction is conducted through an ‘‘intermediary’’ rather than a bank employee.

It can also be transacted through an ‘‘intermediary’’ in the foreign currency black market, who in turn can deal through a bank employee.

With regards to the new unified devalued LD exchange rate of LD 4.48/dollar, Akkari explained that a study by the CBL indicates its ability to provide dollars to customers at this price in the event of continued oil production and exports, especially in light of the relatively high current global oil prices.

It will be recalled that on 16 December, the reunified Board of Directors of the CBL had issued a decision to unify the exchange rate of the Libyan dinar, so that its price against the SDRs would be 0.1555, equivalent to LD 4.48 dinars per dollar effective as of 3 January.

This new unified official exchange rate will apply to all governmental, commercial and personal uses of foreign exchange, doing away with the historic multi-exchange rates that had been the subject of much corruption and abuse.

It will also be recalled that Akkari, former chairman of Libya’s largest bank, Jumhuriya bank and member of UNSMIL’s Libyan Economic Dialogue, had said at the end of December that prices of goods and services in Libya would decrease this year from 35 to 45 percent.

He had also forecast that citizens would enjoy an increase in their purchasing power because of the end of the hard currency black-market as a result of the devaluation and unification of the Libyan dinar’s official exchange rate starting on 3 January.

Akkari also stressed that amending the official LD exchange rate was not enough to solve Libya’s economic problems, but that a set of reform economic policies had to be put in place in parallel with the LD devaluation.

Prices will decrease by 35-45 percent because of dinar devaluation: CBL expert | (libyaherald.com)