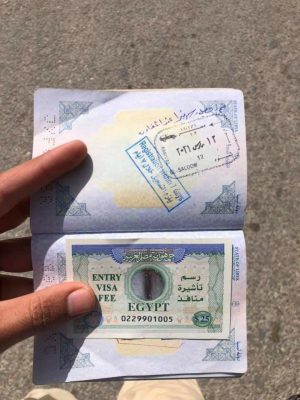 The Libyan embassy in Cairo said that its Chargé d’Affaires, Tariq Al-Hawaij, demanded in an official memorandum to the Egyptian Ministry of Foreign Affairs today, that Libyan travellers be exempt from paying the US$ 25 entry fee imposed by Egypt.