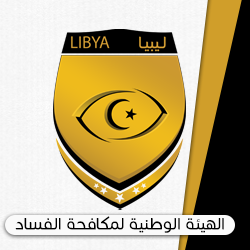 Yesterday, on the eve of the official handover by the outgoing Faiez Serraj administration to the new incoming Mohamed Menfi/Abd Alhamid Aldabaiba Presidency Council and Government of National Unity, Libya’s National Anti-Corruption Commission (NACC) called on both parties to complete the mandated financial disclosure declarations.

It said the affidavits are to be delivered at its Abu Nawas district in Tripoli.

It will be recalled that during his questioning by parliament on 9 March in its Sirte session to endorse his Government of National Unity, incoming Prime Minister Aldabaiba had insisted that all his government would be made to complete the financial disclosure forms to declare their wealth.

He had also stated that the NACC has a huge job to do and that the HoR must (re)select it – as it is within its authority to do so.

In a similar vein, the incoming Presidency Council and Prime Minister Aldabaiba demanded on 2 March  that the United Nations Committee of Experts expedite the disclosure of the results of the investigations it had conducted into the allegations of bribery during the Libyan Political Dialogue Forum (LPDF) process in Geneva on 5 February.

Their demand come as calls had increased across Libya for the report to be published before the country’s parliament, the House of Representatives (HoR), met in Sirte on 8 March to confer a vote of confidence on the GNU.

The cloud of bribery allegations had been given added colour by alleged leaks of the report by the media aimed at GNU prime minister Abd Alhamid Aldabaiba.

In their statement the then four designated leaders affirmed their absolute commitment to what was stated in their written and oral pledges to combat corruption, prevent the corrupt, and fight them by all legal and judicial means.

They had clarified in their joint statement that since being selected by the LPDF in Geneva on 5 February they have been working to fulfil their pledges to the Libyan people to ensure the implementation of the obligations entrusted to them. The most important of which is combating corruption and ensuring equal opportunities and upholding the word of justice and the rule of law.

They renewed their affirmation that everyone proven to be involved in corruption would not be allowed to assume any responsibility and will be brought to justice, regardless of their qualities, and their determination to march towards unification, unification of state institutions, achieving reconciliation and restoring power to the Libyan people to decide their fate through free and transparent elections.

They had concluded by affirming that the obstructers will not be allowed to exploit the current conditions to thwart the results of the LPDF, disrupt the march and frustrate the aspirations of the people for a free and dignified life full of security, stability and prosperity.

Activation of ‘Financial Disclosure Declarations’ and identifying groups obliged to complete them | (libyaherald.com)

Interior Ministry to prosecute all those involved in corruption, complete investigations and gather evidence – corruption cases of LD 1.75 billion being investigated | (libyaherald.com)

Activation of ‘Financial Disclosure Declarations’ and identifying groups obliged to complete them | (libyaherald.com)

Finance Minister is the first to hand-in his anti-corruption Financial Disclaimer | (libyaherald.com)