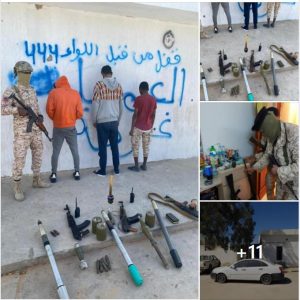 The 444th Fighting Brigade, a security force aligned to the Libyan state Tripoli Military Zone, announced yesterday that it had vacated another 6 militia dens in the Furnaj, Ain Zara, Salah Al-Deen, Shouk Road, and Khallet Bin Aoun areas of Tripoli.

The Brigade said it was continuing its ongoing operations for the tenth consecutive day in implementing the plans set for evacuating the headquarters of the armed groups.

The announcement brings the total number of vacated dens in Tripoli to 29 after earlier operations this month.