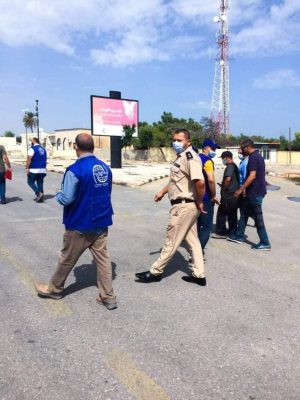 The Security Directorate at Libya’s Ras Jadair Tunisian border crossing reported yesterday that it is in discussion with the International Organization for Migration (IOM) regarding installing solar power supply for the border crossing.

The Security Directorate said that this is in order to raise and upgrade the level of public services and find serious solutions to some of the problems that negatively affect the process of completing the procedures of travellers, including the problem of power outages at the border crossing.

At the meeting today, a study and the development of a plan for the installation of the solar system at the crossing was agreed, and a specialized company will be tasked in the coming days to install the solar energy system.

USAID, UNSMIL, UNDP and World Bank to install solar system to power the MMR and provide electricity for South Libya