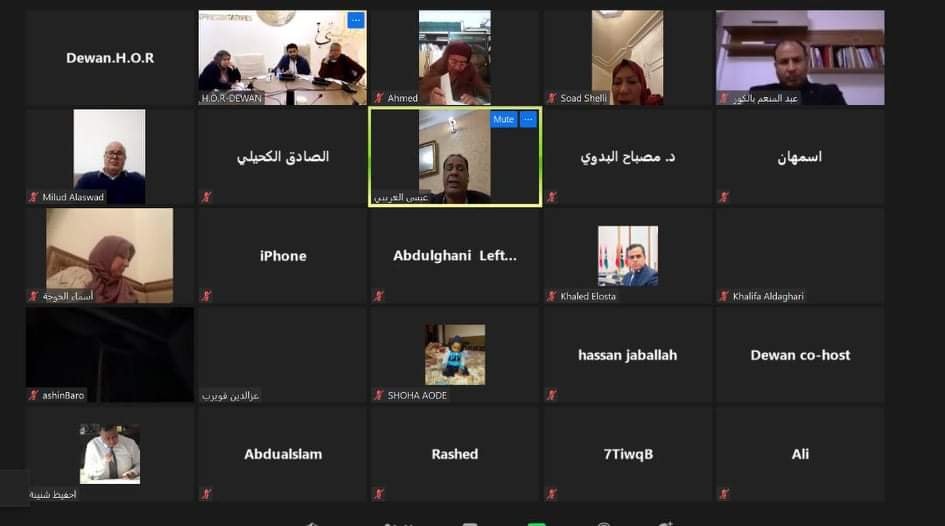 The 127 bloc of House of Representatives members held a virtual session on Monday and Tuesday (21-22 December), after they were unable to hold their meeting in the city of Ghadames as planned, the Moderate (HoR) Parliamentary Bloc reported. They did not reveal how many met.

The virtual meeting discussed the proposal submitted by the committee formed in Ghadames to amend the HoR’s internal regulations.

The session was chaired by the oldest member, Abubaker Beira, discussed

The interim presidency of the HoR stated that these deliberations will be sent to the committee to amend the internal regulations to be taken in the final amendment that will be voted on in the city of Ghadames as soon as the Coronavirus situation in the country improves.

It will be recalled that at the end of their first Ghadames meeting on 8 December, the 127 Ghadames bloc was supposed to meet in Ghadames again between 21-22 December to discuss a pre-agreed agenda, however, the meeting was postponed due to lack of funds to arrange the meeting and disputes over leadership.

It must also be recalled that the internationally recognized HoR, headed by Ageela Saleh, had held its own session in Benghazi at the same time as the 127 members were first meeting in Ghadames. However, no more than 20 members had attended the Benghazi sessions.