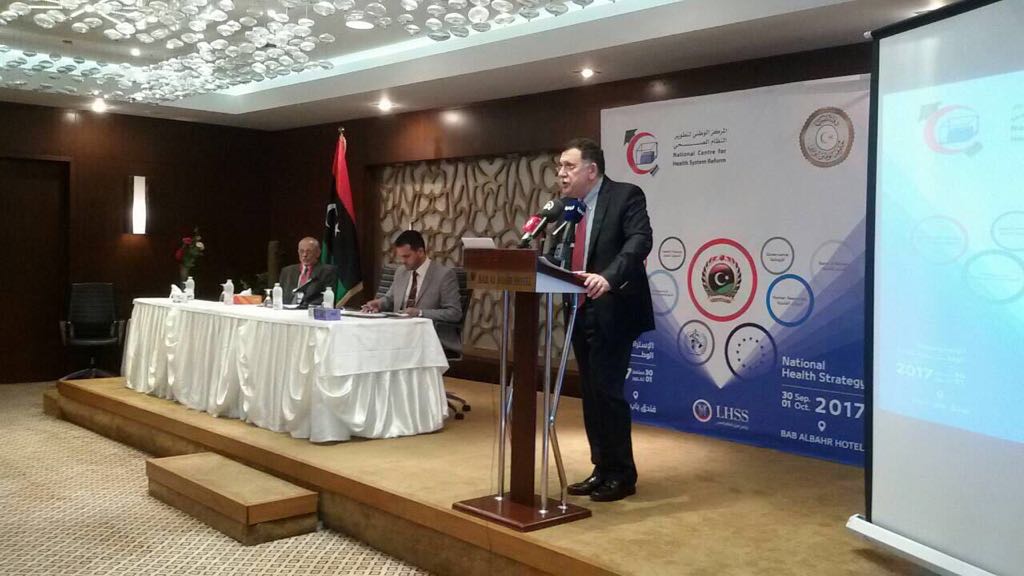 The revelation of the failure of Tripoli University Hospital (TUH) to provide healthcare to its patients during Wednesday’s press conference by its head, Nabil Alageli, is a scathing indictment and personal slap in the face for Faiez Serraj, as well as his interim government.

The TUH is the largest operating medical centre in Libya dealing with the most medical cases and covering a wide area in north west Libya.

It will be recalled that Alageli was appointed by Serraj as the new head of the reformed and improved TUH. The British trained doctor was to reform and transfer the flagship hospital as part of the wider reform of the health sector by the Serraj government.

This reform effort came on the realization that the Serraj government with disputed legitimacy and increasing unpopularity, had to try to deliver services to the Libyan public in order to gain increased local legitimacy, support and popularity.

In short, the Serraj government wanted to prove it was ‘‘fit for purpose’’ and not a misnomer by governing and delivering services. Delivering good, or at least better, health services was one of the priorities it chose to champion.

To this end, the Serraj government had in March 2018 (Decree 247/2018) renamed the then Tripoli Medical Centre (TMC) to the Tripoli University Hospital (TUH). This converted the TMC into an independent university hospital away from the direct control of the country’s Health Ministry.

It gained an independent budget and board of directors and became directly accountable to the Serraj government. The idea was to remove the hospital away from the bureaucracy and reform-resistant Health Ministry.

Equally, besides becoming a centre for training and research, the TUH was to take on the more complex ‘‘third level’’ medical cases from across the country. It was to become the country’s centre of clinical excellence and beacon of quality healthcare provision – all under the direct control of Faiez Serraj and his government.

In the same vein, the Serraj government had also announced decree 181 (2018) which established the Medical Accreditation Centre which aimed at raising medical and healthcare services in Libya.

These attempts by Serraj at wider healthcare reform efforts came under its much trumpeted National Committee for Health Strategy Reform (NCHSR) launched in October 2017.

Indeed, speaking at the launch of the National Centre of Health System Reform (NCHSR) at a two-day conference on healthcare reform in Tripoli in October 2017, Serraj had said that Libya’s healthcare system had to be radically reformed and more money put into it.

He claimed that there were a number of developments urgently required if ordinary Libyans were to have access to quality healthcare. Top among these were the rehabilitation and upgrading of existing health facilities and training programmes for medical personnel.

There also had to be cooperation between the public and private sectors. Standards also had to be set, and lessons had to be learned from the healthcare experiences of other countries, he had stressed, admitting that the Libyan health system had declined not just with the chaos of the current political crisis, but over decades because of mismanagement by the previous regime.

Serraj had also called for regular conferences in Libya to exchange information on the latest ideas in healthcare. It was not enough simply to come up with new systems for the country’s health service, he added. They had to be monitored as well, to make sure the ideas were happening, and working.

With the launch of the NCHSR, the heath service in Libya could improve, Serraj had said. A quality health system and a quality education system were two of the main foundations in building a modern democratic state, he had told the two-day conference on healthcare reform, adding that much more money had to be invested in both.

The NCHSR was set up in March 2017 by the Serraj government to coordinate national efforts and international backing to reform and modernise the system. Headed by Samir Sagar, it operates in collaboration with the health ministry, and springs out of the Libya Health System Strengthening Programme (LHSS), set up between the Libyan authorities and the European Union.

The NCHSR’s goal is to:

It seems, judging by this week’s revelations by TUH head and Serraj appointee, Nabil Alageli, the Serraj government has failed miserably to achieve its targets in the healthcare sector at its flagship hospital and beacon of healthcare reform.