Libya dinar continues to gain strength against hard currencies in black-market – remaining below LD 5 per dollar over last week: Report and analysis 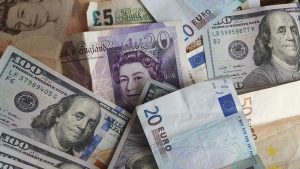 The Libyan dinar continued to gain strength against hard currencies in the black-market after breaking below the psychological LD 5 to the dollar mark for the first time in years – and remained there throughout last week.

Yesterday, one U.S. dollar was selling for LD 4.89 whilst the official exchange rate is 4.48 per dollar. This LD 0.41 gap is the narrowest gap between the official and black-market rate since the Qaddafi era.

Analysts are watching to see if this week’s political chaos (vote-of-no-confidence in the Aldabaiba government) and the expected increased travel due to the Tunisian borders reopening will increase demand for the hard currency and push the price of the U.S. dollar back up above the LD 5.00.

Commenting on the black-market dollar exchange rate falling to an historic level below LD 5.00, Misbah Al-Akkari, member of the Central Bank of Libya’s (CBL) Exchange Rate Adjustment Committee, put the fall to the adjustment by his committee of the official exchange rate down to LD 4.48 per dollar on 3 January this year.

Prior to January, the country was suffering a huge liquidity crisis and the new lower official exchange rate – the devaluation of the Libyan dinar from LD 2.4 per dollar – brought in billions of dinars hoarded away by Libyans into the official banking system.

Akkari, who was the former chairman of Libya’s largest bank, Jumhuriya bank, said the devaluation has brought in liquidity and enabled the unified Libyan government under Aldabaiba to:

All of these improvements and benefits, he explained, would not have happened had it not been for the decision to devalue the Libyan dinar in January this year.

Akkari lamented the lack of local production and the volume of, and Libya’s overdependence on, imports. He questioned how Libya, three times the area of ​​France, still has to import agricultural and animal products.

He bemoaned how Libya, with a coastline of 1,900 kms, still has to import fish and fish products and is not utilizing this coastline to create a hard currency-attracting tourism industry.

Akkari questioned how Libya can have the ninth highest oil reserves in the world yet still imports fuel from abroad.

He questioned how Libyan can own all the raw materials used in the production of cement, yet it still has to open hard currency Letters of Credit for the import of cement.

The former chairman of Jumhuriya bank also asked how Libya, a country with one of the highest numbers of sunshine hours on the globe is not exporting electricity and suffers long periods of power cuts.

He concluded by saying that Libya had all the raw materials and possibilities to be an exporting country instead of an importing country if only it had the self-confidence, loyalty to apply its talent.

Prices will decrease by 35-45 percent because of dinar devaluation: CBL expert | (libyaherald.com)